Relive the MAGIC of Broadway through a musical set that will take you to some of its most whimsical scenes from Wicked, Shrek, Aladdin, Frozen, Into The Woods, Pippin, Wizard of Oz, Once On This Island… and more!

Featuring some of the east coast’’s most dynamic voices, accompanied by a live band. See them live at Salisbury’s premier live event space, Revival, on May 20 – Friday at 8pm!

Erin Bobby studied musical theatre at Syracuse University until she won Miss Delaware 2003 and decided to use her full scholarship to the University of Delaware to get a Bachelor’s Degree in English Education. Erin is a frequent performer with Clear Space Theatre Company in Rehoboth and has been fortunate to be featured in many of its productions including Annie Get Your Gun (Annie Oakley), South Pacific (Nellie Forbush), The Crucible (Mary Warren), The Secret Garden (Lily), My Fair Lady (Eliza Doolittle), 9 to 5 (Judy), The Sound of Music (Maria), The Full Monty (Georgie), The Foreigner (Catherine), Avenue Q (Kate Monster/Lucy), Little Women: The Musical (Jo March), Seussical (Gertrude), Rent (Maureen), Shrek: The Musical (Fiona), The Last Five Years (Cathy), Legally Blonde: The Musical (Vivienne), Mary Poppins (Mary Poppins), and Into the Woods (Baker’s Wife). Erin currently resides in Milton with her husband Darren and works at Sussex Academy High School in Georgetown where she teaches higher-level literature courses in the International Baccalaureate Program and runs the high school theatre program.

Conor McGiffin is a performer based out of New York City. He was born in Dover, Delaware where his love of the performing arts began when he listened to his parent’s Irish band, Celtic Harvest, as they rehearsed in the den. He acted with the Children’s Theater of Dover, sang with the Delaware Opera House, danced at the Dance Conservatory under the guidance of Teresa Emmons, and participated in the Broadway Theater Project in Florida in 2009. He left the First State to study at the University of Michigan for Musical Theatre under the tutelage of Brent Wagner, Cynthia Korman-Westphal, Cathrine Walker, Mark Madama, Jerry DePuit, Linda Goodrich, Caroline Helton, Kristin Boggs Clark, Hank Stratton, Joe Locarro, and Malcolm Tulip (GO BLUE!!). He has worked at Clear Space Productions in Rehoboth, DE, the Ivoryton Playhouse in Connecticut, and the Fulton Opera House in Lancaster, PA. He is also a teacher for Broadway Connection. Most recently, he realized a childhood dream by playing Tom Servo opposite Joel Hodgson in the Mystery Science Theatre 3000 Live: Cheesy Movie Circus Tour! Due to Joel’s influence, he decided to pursue comedy and has taken Sketch Writing 101 at Upright Citizens Brigade-please pray for him. He enjoys the Bioshock series, yoga, and growing hair on his face.

Candice is thrilled to be back at the Milton theatre! She has performed in many Broadway Cabaret’s on this stage. Candice has a BA in Theatre from SUNY New Paltz in New York. After graduating she moved to NYC and began touring, first with American Family Theatre and then with ArtsPower National Touring Theatre. She was fortunate to travel the country and perform original plays and musicals for young audiences. After 5 amazing years she went back to school and earned her Masters in Theatre and English Education from New York University. She taught a K-5 theatre program in Manhattan before moving to Delaware in 2009. Candice now teaches at Allen Frear Elementary School. Since moving to Delaware she has remained connected to theatre by performing and directing around the state. She has worked with Premier Center for the Arts, Kent County Theatre Guild, Second Street Players, Possum Point Players and Milton Theatre. Candice thanks everyone at the Milton Theatre for this amazing opportunity and also her family for always supporting her endeavors!

Tickets available online at revivalshows.com or call the box-office at (667) 281-0101 for assistance. 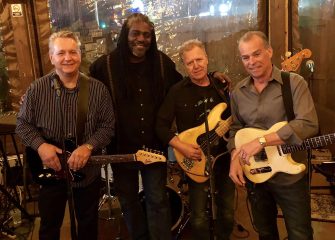 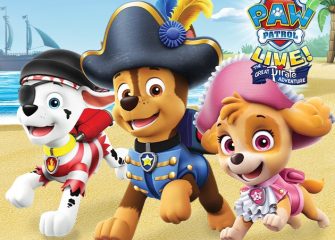 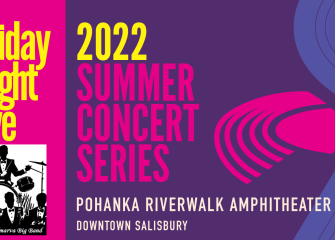