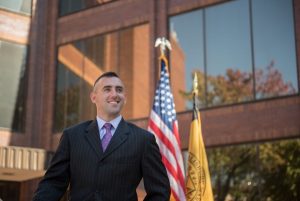 SALISBURY, – Mayor Jake Day is pleased to announce that the annual Audit Report, prepared by Barbacane, Thornton & Company LLP, once again shows the City to be in a favorable financial position. The audit was also returned with no findings, comments or recommendations from auditors, indicating that the financial machine within the City is functioning well, and internal controls are adequate and being followed.  Auditors determined that Salisbury’s 2018 financial reports fairly represent the City’s financial results in accordance with Generally Accepted Accounting Principles.

“The City uses its financial policies as guidance for doing business,” said Director of Finance Keith Cordrey.  “Adherence to the policies preserves fund balances and keeps the City financially strong.  That is why the City enjoys such a strong credit rating.”

The City had a substantial 11.3% increase in the Unassigned Fund Balance (spendable portion of city assets).  A strong unassigned fund balance helps to ensure the City will be able to sustain itself during difficult economic cycles.

Mayor Day remarked “This is the second year in a row we’ve not only had an audit with no findings, but not a single management comment. For the past 6 years, it has gotten better, and better, and better, and Keith Cordrey and his team deserve recognition for that. They are ensuring that every penny that the taxpayers put into the public trust is being cared for exactly as it should. We see stories of mismanagement, fraud, waste all around us – and our operations are only getting better refined and more transparent.”