Pouring rain and high winds did not deter people from attending the Salisbury Area Chamber of Commerce Virtual Happy Hour on Thursday, April 30, 2020.  It was virtual – an online gathering doesn’t require them to leave the comfort of their own home – though most guests admitted they wish they could.

After quick introductions and some conversation about what they have been reading, watching and listening to lately, SACC reps joined in a new round of SACC Jeopardy. This week’s categories included Stay Strong Songs – music titles that speak to the times (such as “You Can’t Touch This”), Salisbury, Maryland Trivia, and Mr. Rosko’s Neighborhood.  The latter category referenced a recent video Pete Roscovitch posted on the Adam’s Taphouse Facebook page. Mimicking the famed children’s T.V. personality Fred Rogers, Roskovitch donned a red sweater, changed his shoes and spoke gently to his audience to promote Adam’s Taphouse Easter Buffet takeout

Roskovitch, the featured guest for the event, shared the rationale for his “Mr. Rosko” marketing tactic. Business was slow and he needed to see an uptick in his Easter Sunday Buffet. “I just wanted to spin it, as if it was a ‘Beautiful Day in the Neighborhood’ when actually it wasn’t,” Roskovitch explained.  Two weeks later, Roskovitch posted another video, his version of the rock  “Takin’ Care of Business” from a “set” (his restaurant) bedecked with toilet paper rolls and face masks. “That was way more fun than Mr. Rogers,” Roskovitch enthused.

Despite the loss in revenue due to take-out only restrictions, Roskovitch has tried to make the most of his restaurant being essentially empty. They have gutted, sanded, stained and replaced almost everything in the restaurant. “We’ve remodeled Adam’s in the course of the last four weeks. It was kind of nice that we could take the time to do that without inconveniencing our customers.”

SACC Ambassador Michelle Low, of Comcast Business suggested that, given all the remodeling Roskovitch has done, a grand re-opening might be in order once we all get back to “normal.” Roskovitch agreed, “That’s a great idea. 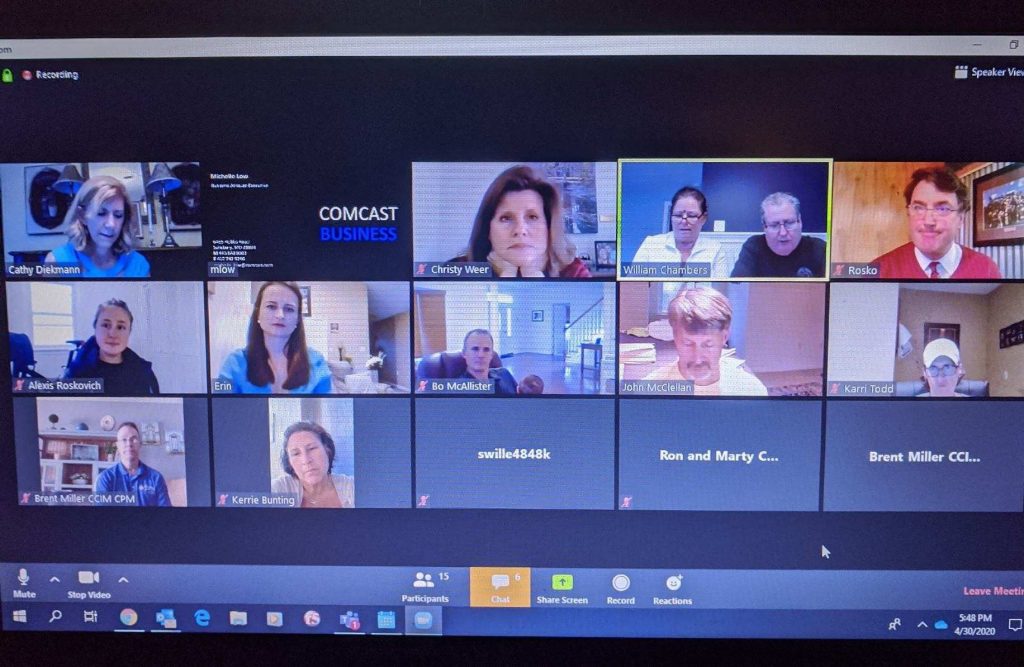 Roskovitch has worked decades in the restaurant business – at his dad’s restaurant in Baltimore, selling lemonade Harbor Place, The Angler in Ocean City, and his own establishments. “I enjoy making the customer happy… catering and the whole experience.”

If he had a magic wand to change something about the restaurant industry, he quickly replied “I’d go back to where we were, to get us past this episode in history.”  Then he added, “I think some of the liquor laws are archaic in this county. We need to lose the dispensary system.” Roskovitch explained that, only because of new rules under the current situation, he can pair a bottle of wine with a take-away meal such as the steak dinner for two on Thursday nights. “It’s a great deal for the customer and it’s good for us.”

SACC CEO/President, Bill Chambers, provided an update about the business recovery resources and SACC activity.  Chambers has been communicating with Senator Van Hollen and Cardin’s offices to advocate for the next financial recovery package being negotiated.  He has been working with SWED and the Wicomico County Executive regarding potential county-backed small business loans and restaurant vouchers.  Chambers explained, “This would be stimulus money, not relief money, for businesses that survive and need an injection of fluid capital to really jumpstart their business.”

Chambers also confirmed that the unresolved issue regarding the Salisbury Regional Airport waterline is not on the upcoming Wicomico County Council agenda.  Hearing that, Chambers sent Council President Larry Dodd a strongly worded email. “If the council doesn’t figure this out, it will be a killer for the airport. This won’t damage the airport. It won’t set it back. It will kill it.”

As the event wrapped up, guests shared what they miss most about “normal” work life. Many guests concurred that connecting with people in person is what they miss most. Virtual platforms like Zoom and GoogleMeets are useful alternatives but most prefer meeting clients, colleagues or their yoga instructor in person.

Indeed, we will.  Your Salisbury Area Chamber of Commerce is here now and will be here beyond this crisis.  We’re stronger together! 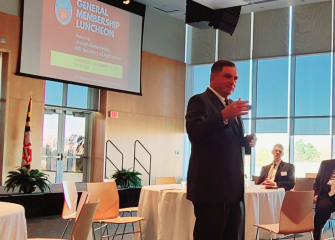 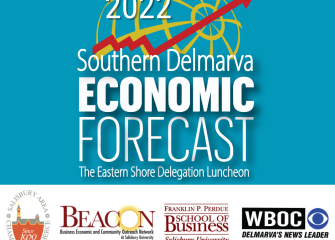 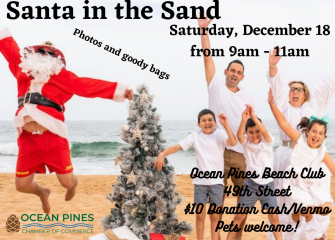