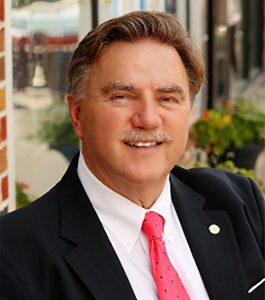 Dr. James D. Fielder, Maryland’s secretary of Higher Education, will address the 2022 Wor-Wic Community College graduates at commencement on Wednesday, May 11, at 7 p.m. at the Wicomico Youth and Civic Center in Salisbury.

Fielder has a long career in public service, appointed by four Maryland governors to serve in numerous leadership capacities. He is a member of the Governor’s Executive Council and Workforce Development Board, among many other state boards and committees. Before taking on his current role, he served as secretary of appointments; secretary of Labor, Licensing and Regulation; deputy and acting secretary for Business and Economic Development; assistant secretary for the Department of Economic & Employment Development; and was a member of Gov. Larry Hogan’s transition team.

He also served as Towson University’s vice president of finance and administration, as well as the director of budget, personnel & institutional research at the University of Michigan-Flint. A Maryland native, Fielder received his bachelor’s and master’s degrees from the University of Maryland College Park, and his doctorate in higher education at Michigan State University in East Lansing.