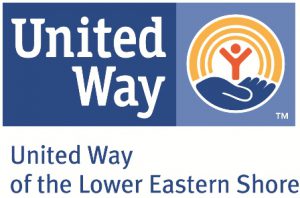 September 23, 2019 (Salisbury, MD) – United Way of the Lower Eastern Shore recently held the 75th Anniversary Campaign Kickoff luncheon to launch the 2019-2020 campaign. Hosted by Salisbury University, the event brought together over 230 business and community leaders to hear about the impact that UWLES has made over the last 75 years, and how they plan to continue.

Led by Roger Follebout of Peninsula Regional Medical Center as the Master of Ceremonies, the event began with a warm welcome from Dr. Charles Wight, President of Salisbury University along with the presentations of colors by Salisbury University’s ROTC. After lunch, Beth Reid, Chairperson of United Way’s Board of Directors introduced the Co-Chairs for the 75th Anniversary Campaign: Marty Neat of First Shore Federal and Chris Perdue of Perdue Farms, and recognized the 75th Anniversary sponsor, Perdue Farms, and the Campaign Sponsors Avery Hall Insurance, PNC Bank and First Shore Federal.

Anniversary Co-Chair Marty Neat shared about the history of our local United Way, starting with the agency’s founding as the Community Chest of Wicomico County in 1944, and also shared about his personal involvement with UWLES since the early 1980s. The program then featured speakers from the audience who shared about United Way’s impact throughout the Eastern Shore, as well as perspective from United Way Worldwide’s Vice President of Corporate Relations Chris Preston, who shared how United Way is a global movement with local impact focused on meeting local needs with local solutions. Additional speakers included: Denise Eberspeaker, Girl Scouts of the Chesapeake Bay, Heather Mahler, Big Brothers Big Sisters Mentor, Mary Handley, Delmarva Community Services, Wynnette Curtis and Bobbi Jo Peck, Wicomico Public Libraries, Linda Hutchinson, UWLES Donor and WOMEN UNITED Volunteer, Kevin Hayes, Avery Hall Insurance Group and Ashley Clevenger, Bank of Delmarva. Anniversary Co-Chair Chris Perdue closed the program by sharing about Perdue’s legacy of community support and encouraged attendees to be part of the the next 75 years of impact with UWLES. 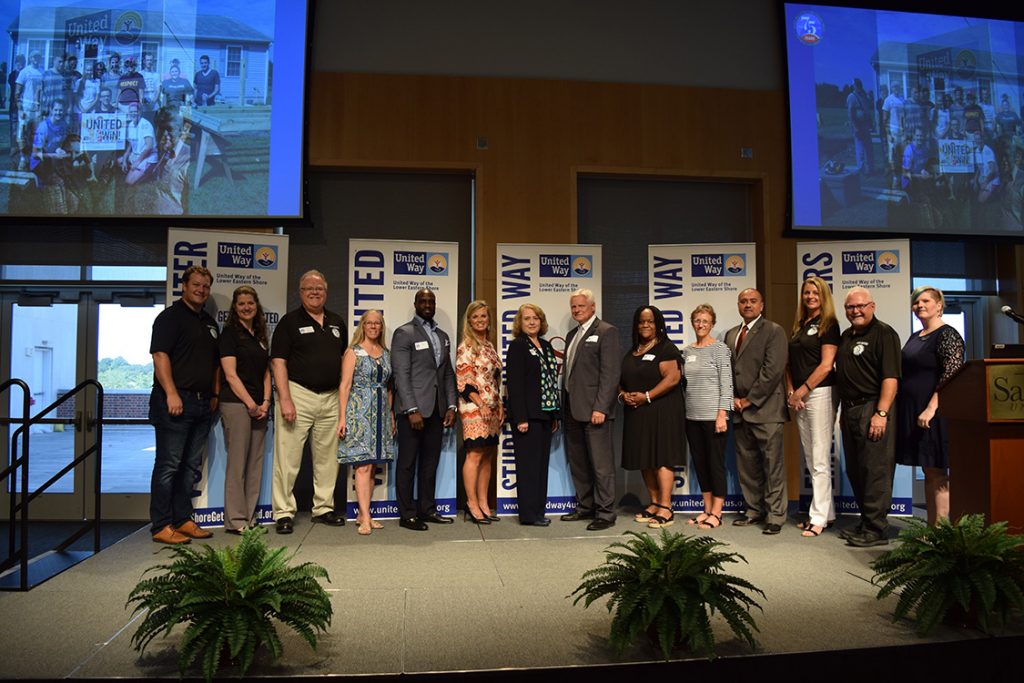 The agency also unveiled a historical exhibit, highlighting how UWLES has grown and expanded its impact over the decades. This exhibit will travel throughout the regional for community members to enjoy all year long, and was sponsored by a grant from Maryland Humanities. UWLES will also feature shapshots from the last seven decades in a ’75 Days of LIVE UNITED’ social media campaign on Facebook (@uwles) and Instagram (@unitedwayles).

Pam Gregory, President and CEO of UWLES, shared, “We are thrilled to share our United Way’s history with the community. This is a local organization founded by local visionaries, and we have been 100% locally focused since 1944. We are here because of, and in service to, our Lower Shore community and this 75th celebratory year is something we want to share with all of our neighbors.”

About United Way of the Lower Eastern Shore:
United Way of the Lower Eastern Shore, now in its 75th year, serves all communities in Dorchester, Somerset, Wicomico and Worcester counties. United Way helps Lower Shore residents obtain Educational Success by reducing the achievement gap between low and middle income students, Financial Stability by advancing the economic security of families and individuals, and Good Health by improving access to and awareness of local health and wellness services. United Way collaborates with organizations and stakeholders to strengthen our community, and currently provides over $1.6 million in support of 80 programs and community initiatives, impacting 1 in every 3 individuals on the Lower Shore. For more information on United Way or to help make a difference, visit www.uwles.org, www.ShoreGetConnected.org, or on Facebook @uwles. 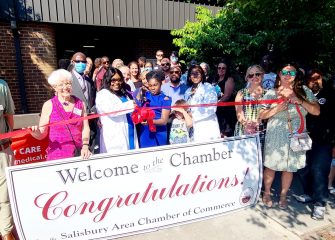