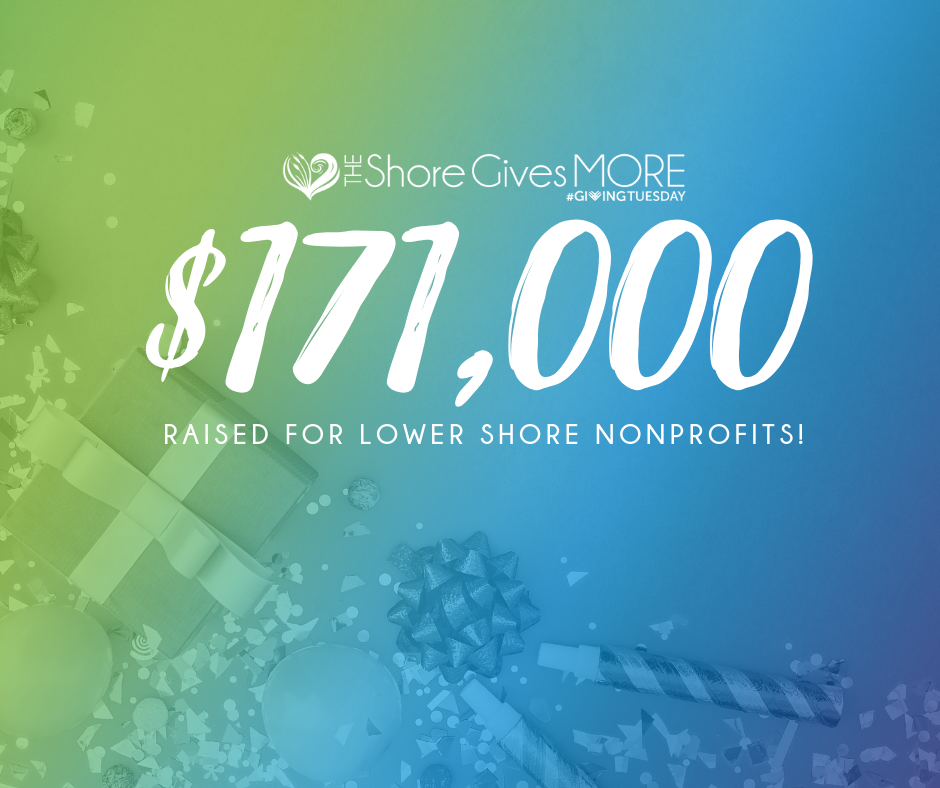 Over 1,500 donations raised a total of more than $171,000 for ninety-nine Lower Shore nonprofits for the fourth annual Shore Gives More Giving Tuesday campaign. The totals symbolize record breaking fundraising for the event.

Giving Tuesday, held each year on the Tuesday following Thanksgiving, is an international 24-hour online giving movement. The local campaign, known as The Shore Gives More, is hosted by the Community Foundation of the Eastern Shore and assists nonprofits serving the Lower Shore counties with the fundraising effort. By providing an online donation portal, marketing campaigns, and nonprofit support, the campaign makes a significant impact through collective philanthropy.

“Giving Tuesday shows us the power of ambitiously compassionate people coming together to make a difference in our local community,” says Erica Joseph, CFES President. “Each year the event grows which means more nonprofits on the Lower Eastern Shore are able to thrive.”

The Shore Gives More was first launched as a local Giving Tuesday campaign in 2015 and raised just under $7,500 in its first year.

“The Shore Gives More is truly by the community, for the community. Without the hard work of many nonprofits and their supporters this campaign would not be what it has become today,” says Joseph.

Joseph also points out that while larger donations were received, most donors gave smaller amounts. “Being a philanthropist doesn’t require a large checkbook, it only requires a passionate heart.”

The campaign received sponsorships from 47 ABC and Pohanka Community Partners Program which significantly increased the campaign presence. In addition to donations, nonprofits could earn incentive grants through contributions made by The Hershey Family and The Perdue Family Funds at The Community Foundation of the Eastern Shore.

About the Community Foundation: As leaders, grant makers, and stewards of philanthropy, the Community Foundation of the Eastern Shore connects people who care to causes that matter for the common good of the Lower Eastern Shore.  We are a 501c3 nonprofit with an inspiring history of fostering charitable endeavors, and have provided more than $77 million in grants and scholarships to the local community since 1984. We collaborate with individuals, families, and businesses to match their charitable interests with community needs and strengthen local nonprofits through grants and resources. We are devoted to improving our regional community and believe in the power of philanthropy. 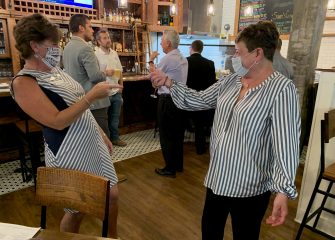